I’ve always wanted to learn how to draw. In junior high I took my one and only art class and didn’t do all that well though I did enjoy it. Other the one drawing which was really good and which my teacher entered into an art competition that I ended up winning, I never really drew anything of note and lost interest.

Lately I have really been wanting to learn to draw and have been really interested in being more creative and maybe learn other things as well. One of the reasons I really wanted an iPad or drawing tablet or some thing. I’m scared of pencil and paper because it drives me insane seeing half erased pencil marks.

The tablet I settled on which is not a graphics tablet for my computer but just a regular one that comes with a stylus is just an entry level one and not anywhere near an iPad Pro, I found out came with an app called PENUP already installed. I realized I could install it on my Samsung Galaxy G8 phone as well. It’s a pretty neat app which has coloring and live drawing tutorials that you can follow along with right on screen and share drawings, paintings and illustrations made in several compatible apps.

Here are a few I’ve done with the live drawing tutorials, in order from my first one to the last one I’ve done so far. I think they are improving as I go. Nothing spectacular and I’ve yet to open one of the compatible apps and just drawn, but I’m really enjoying it so far!

I think they progressively get better. The first one, the dog I was a bit shakey. I think I like the fox the best even though I love cats. What do you think? Which do you think I did the best on? I haven’t strayed much (at least not purposely) from the tutorials.

Now I just have to get up the creativity to try and work on my next school assignment. Which I have been procrastinating on because I can’t figure out what to do for it. The instructions are clear and I know how to do it. I just haven’t found the right images yet or gotten a good idea of what I actually want to do for the movie poster.

Another lockdown and other things

Struggling To Keep Up – Going To A Chronic Pain Clinic
Previous:
Writing out your thoughts by hand
Next:
Merry Christmas 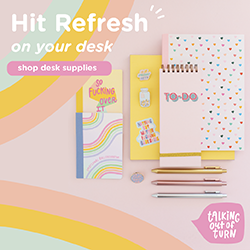